Sometimes there is uncertainty about who is a child’s father. A DNA test is the most accurate way of ascertaining paternity, where there is doubt/uncertainty as to who the biological father of a child is. 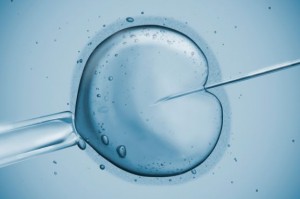 Why obtain a DNA Test?

A person may wish to obtain a paternity test:

Most of the time, a request to the other parent to facilitate a D.N.A test will be refused, in which case an application to the Family Court may be required to obtain an order compelling the other person to attend with the child to facilitate a DNA Test.

If you are considering making an application to the Family Law Courts for paternity testing, you should provide evidence to the Court that causes you to have doubt in relation to the paternity of the child, for example, the timing of conception or appearance of the child.

The Family Court has the power to order that the parties and the child undertake a DNA test to confirm the parentage of a child, for the child’s own benefit and because it may affect the orders that are in the child’s best interests.

Under the Family Law Act 1975, it is presumed in the absence of a DNA test, that you are a parent of the child if one of the following applies:

A conclusive parentage test rebuts the above presumptions that you are the parent of the child.

If the parentage of a child is in dispute in a proceeding, the court can make an order for a paternity test to occur: s69V.

The Court can make an order for a paternity test to be carried out of its own initiative, on application by a party to the proceedings or the independent children’s lawyer: s69W(2).

The court has the power to make any orders necessary and desirable to enable the parentage testing to be carried out, including an order requiring a person to submit to a medical procedure and to provide a bodily sample: s69X.

A DNA test is completed by collecting a sample, usually from the mouth, from both parents as well as the child. The DNA samples are then compared in order to ascertain the paternity of the child.

Upon the paternity test being completed, the court can make a declaration confirming whether or not a person is the child’s father: s69VA.

How much is a paternity test?

A paternity test which includes DNA typing is the most accurate type of parentage testing. It costs approximately $800.

What Do The Results Mean?

If a man undertakes a court ordered paternity test and is found to be the biological father of the child, he may be required to pay child support.

If the paternity test reveals that the man is not the biological father of the child, he may seek to recover money paid to the child support agency. This is a complicated process.

Alternatively, a paternity test may simply provide you comfort as to who is the child’s biological father, and will assist in the Court’s determination as to what orders are in the child’s best interests.

Notably, even if a man is not the child’s father, they may still seek orders to spend time with the child on the basis that they are a person concerned with the care, welfare and development of  the child. Click the link below to read our other articles on this topic:

Do you want a paternity test for your child?

Contact our office to book a reduced rate consultation with one of our experienced Brisbane Family Lawyers to have a confidential discussion about your individual circumstances.